If we look back at the beginning of window films, there was nothing comparable to our Ceramic Window Tint now a days. It all started with dyed glass and spray on tints. Unfortunately, these were only able to give the windows darkness, which makes it impossible to see at night. Often it was not even a very even tone and there was definitely no heat rejection involved. In 1966 the first actual window film was created. The film was dye-based and not very high heat rejecting either. It actually absorbed heat into the vehicle instead of reflecting it. These films also bubbled in the sun, faded and changed color.

In the early 90s, another film emerged which was metal based. These metal based films were resistant to fading and degrading but came with other draw backs. The metal particles in the film would interfere with electronic signals like radios, cell phones and GPS.

When Ceramic Window Tint was born

In the year 1998, Huper Optik USA received a patent for nano-ceramic window film technology. Based on research conducted in the space program, they were able to create a durable, heat rejecting film that is not metal based. Huper Optik definitely paved the way for other manufacturers and took a leap ahead for a very long time. We used to carry Huper Optik window films for many years and it was not until the recent years that films with newer technologies reached the market. 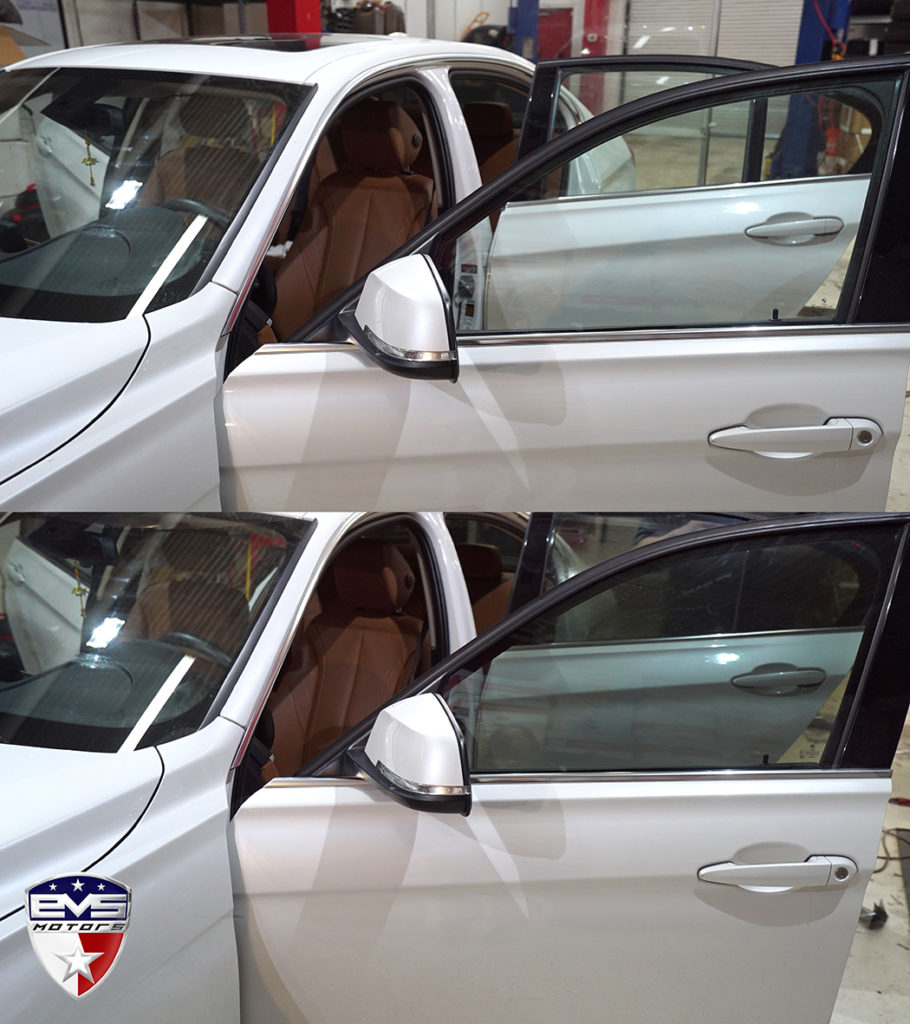 Ceramic Window Tint will provide you with the necessary heat rejection to feel comfortable while driving. If you are located in Houston, like us, you will know that the sun can get uncomfortable really quickly. Since all our films are UV rejecting, you will be protected from harmful UV rays. You will notice that the sun will not burn on your skin like it did before when you sit in your car. It also protects your interior from damages due to UV rays. Besides that, you will feel the car cool down quicker after being parked for a long time as well as stay cold longer.

If you had additional questions, please call our office at 888.878.2213 to speak to a specialist. We also have out films on display, that way you can see the colors prior to install. It will help you to choose the right tint for you and test feel how much heat it rejects.