Pick the best Paint Protection Film for you

You are probably overwhelmed by the options of Paint Protection Film on the market. What is all the fuss about? In this post we will explain why it is so valuable to many people as well as what to look for in a good quality film. 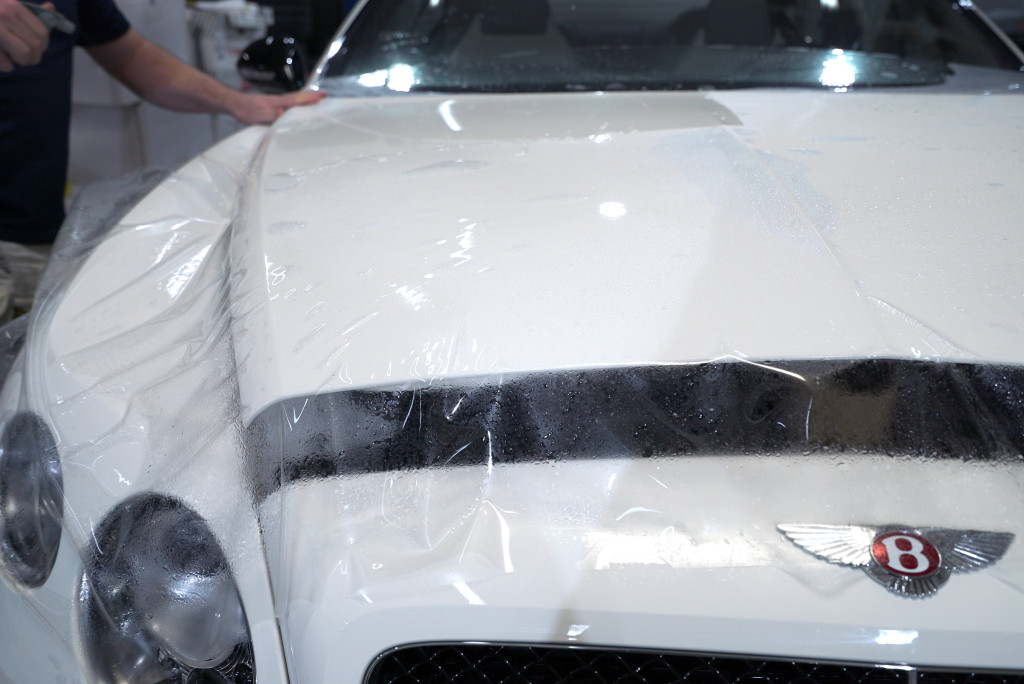 You might have not known that Paint Protection Film has it’s origin (like so many things) in the military. During the Vietnam War, helicopter rotor blades and other sensitive parts of military transports were constantly damaged by flying shrapnel and debris. To avoid this, the first kind of Paint Protection Film was created. It did not take long to see that there were major benefits and cost reduction to this solution. This original film was very thick and not very pliable. Over the years manufacturers improved many factors of it and keep improving with new technologies.

What a good film should offer

There are a few basics that a good film should offer. Always get a product that offers some sort of warranty. We use ClearGuard Nano, which has a 10 year warranty against cracking, yellowing and peeling if you maintain it properly. Our film also self heals in the sun which means if you get scratches and rock chips that do not penetrate the film it will heal out over time. Many films protect the paint but if you get a scratch, it still is visible as such in the film. Besides protection and warranty, a main factor of good film is the clarity. Many films add distortions to the paint once installed. Look at the picture below and compare left to right, pay attention to the edges of reflections. 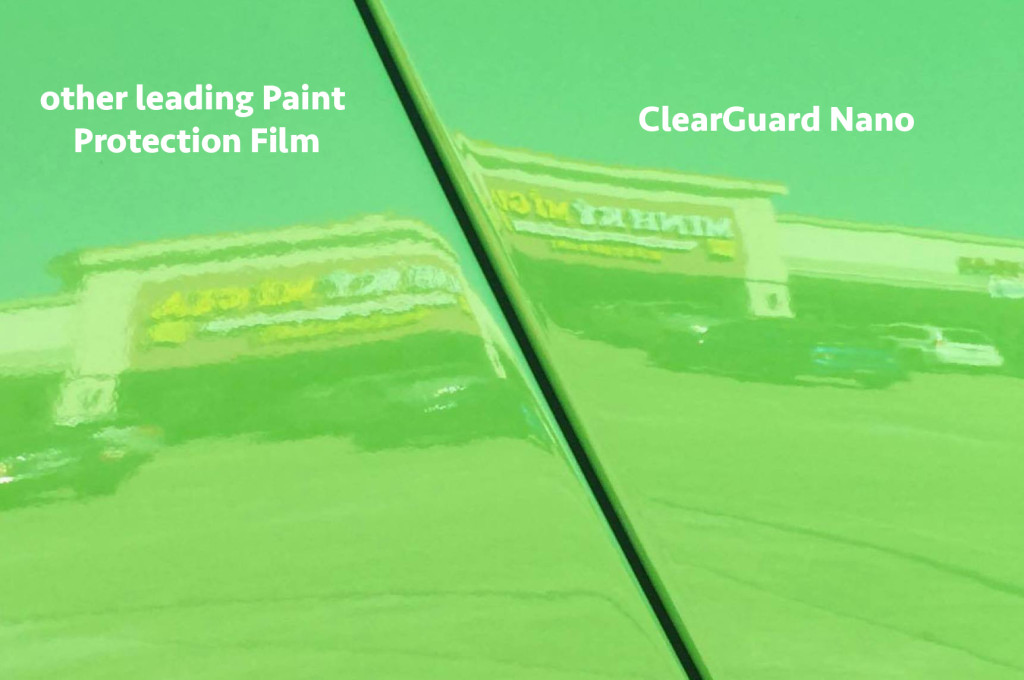 No paint is perfect, besides Rolls Royce most likely. But who wants to make it look worse than before? Nobody. And even though the main purpose of Paint Protection Film is to protect, it can at least look nice while it does so.

ClearGuard Nano – a step ahead

We always look for new products available on the market to offer our clients the best options. After working with many other companies before, we found ClearGuard Nano, made by the company that makes our highest heat rejecting window films. We installed this film on multiple vehicles before we officially offered it. We have never seen a film that was this clear and glossy. The best part is, that it is the first film that comes with a hydrophobic top coat. This feature includes a high liquid repellent surface, which makes the film easy to wash and difficult for contaminants to attach to the film.

As shown in the video, you cannot keep people from keying your car or avoid accidents, those things just happen. But you can choose to protect your paint. We at EVS Motors believe in our products and offer an optional lifetime insurance for your Paint Protection Film installed by us. If you have questions about the installation process, coverage and prices call 888.878.2213 to speak to one of our team members.